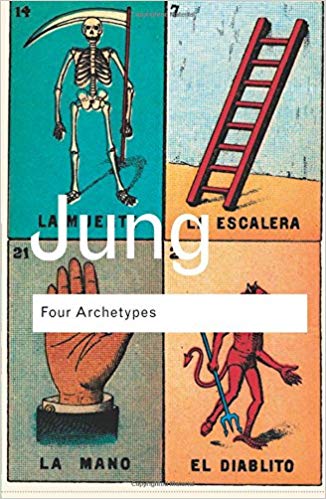 On The Definition of Archetypes

An archetype is an ‘Idea’ in its original form. An Idea that other ideas can be considered subordinate to.

On Plato, Aristotle and Kant

If one was a philosopher, they might start the conversation ‘On Archetypes’ with:

A more rational, less romantic approach would suffice by mentioning that there is a class of temperaments that regard such ideas with great care.

Another observation is that for the last 300 years or so, we have been living in times that regard the nominon and the Idea as secondary to what one can verify and attest. One can even go as far to mention that our current Mode of Being constitute We believe whatever can be verified and throw away the rest. Out with Platonic thinking and into the Aristotelian approach to logic, rationality and categorization.

Kant in his own way with Critique of Pure Reason which came out a century and a half after this book came out, tried to break-down the rational way of thinking once and for all “from the embryo”.

On Subordination to an ‘Archetypes’

Back in third century and early Gnostic writings, the word ‘Archetype’ was used, even in Platonic writings, to identify with a ‘Super-Idea’ that religions are subordinate to. In the early writings of Philo Judaeus, a Jewish Philosopher in first century who worked heavily on Hellenistic writings and tried to have them harmonize with Jewish philosophy mentioned the term archetype in reference to the God-image Imago Dei. Another writings of one of the creators of Orthodoxy, Iranaeus, mentioned the archetype in the context of The creator of the world did not fashion these things directly from himself but compied them from archetypes outside himself.

Another writings mentioned that God is of the ‘Light Archetype’, which means he is subordinate to that archetype.

Author mentions types of transformations which can shift a person from one state to the next.

He split it into two types, Transcendence and Subjective transformations

Of the Subjective Transformations, one stood out which was titled Individuation - Natural Transformation. The idea here is that Nature takes care of its own. It has a way of handling things and carrying out an agenda that is beyond the machinations of any human being.

Author mentioned that many times this Transformation gets carried out in the images of dream symbols, in which the individual is introduced to the “Inner Friend of the Soul”. The Other that represents the immortal part of him. To borrow a term from the Stoics, “The Divinity Within”.

The old Alchemists had conversations with him and referred to him as Aliquem Alium Internum, “A certain other one, within”. The romantic idea goes that the individual can address his interlocutor with the pronoun He and expect him to answer and listen to him, since he could be the voice of Christ himself speaking to him.

Identification with a Group

One of the forms of Transformation the author mentions is identification with a group. It’s important to make the distinction that a Transformation rite or ritual is about the individual, not the group. The author mentions that it does not give rise to a group Identity, but it is hard for me to understand how can a rite be so pure so as it distances itself from the group. That however can be discussed later.

A group experience operates on a lower level of psyche that an individual experience. It is more primal and faster to hit.

Identification with a group follows a few very important points:

Basically, you are provided where you need to go and have no fear of where you are.

Author makes a point that it is very easy to “Raise one’s personality” within a group rather than within the individual, which is why mankind have always formed groups in order to collectively experience transformation.

On The Psychology of The Trickster Figure

Beginning of the 1100’s, there was an interesting development with the catholic church. Some sub-deacons, lower clergy and children made a ‘Children’s Pope’ and he got elected in the church. This quickly evolved to the ‘Festival of Circumcision’ in Notre Dame and later to electing a ‘Fool’s Pope’ where the clergy would chant ‘Y-a’ like a donkey instead of reciting the bible. It also went forward to higher levels when they started associating a picture of a donkey with Yehweh and Jesus Christ.

This practice more or less died out in the 16th century when the church forbade it.

Characteristics of the Trickster

The Trickster is a combination of many extremes. He is subhuman and superhuman. He is half-bestial and half-divine. He is even half-woman and half-man. His most prominent and single-directional attribute is his inclination towards unconsciousness.

An interesting and natural observation on the Trickster is that he can look like a ‘primitive’ or ‘less-developed’ human: a subhuman. This conforms to the idea that previous times, before myth, people were enveloped in a collective darkness. They had to rise to a higher level of consciousness to even be able to recognize their former ‘ignorance’. This actually always happens when people go past their arrogance and correct a conviction they held as right: they get transformed into a ‘higher’ level of consciousness where the previous error can be recognized. They deemed themselves as ‘wrong’ before, so it is only natural that a character still following those same “error-ful” ways has a ‘less-developed’ nature.

Locating the Shadow and the Anima

Locating the Shadow is usually a lot easier than locating the Anima. Author mentions that this is the case since the modern individual’s Shadow is much more controlled and less ‘terrifying’, so they think, than the Anima: Its a lot harder for Western Man to understand his Feminine side than his Dark one.

The Shadow, as well as the individual, reach a cycle of development where consciousness is brought up to the surface and one can see where he came from and make sense of it. At this point of the development, one would leave the Shadow behind and the Shadow would be brought back to the darkness.

The Shadow has an evil quality to him sometimes, but one usually thinks the once he submerged the Shadow back to the darkness, he is redeemed from him lurking back. This is deceptively wrong, as the author mentions.

The Continuation of the Myth of the Shadow

Man has always had the Shadow in front of him, in myth and stories, in an effort to remind him of what he was and where he came from. There is two issues that most people have with a confrontation with the Shadow:

Radin mentioned that the whole history of civilization can be summed up as an argument of Man trying to get out of his former animal-like behaviour towards a more ‘Human’ behaviour with a rational mind, a cold and logical approach to things, and a thin demeanor of civilization from the outside that is very much contradictory to the one in the inside.